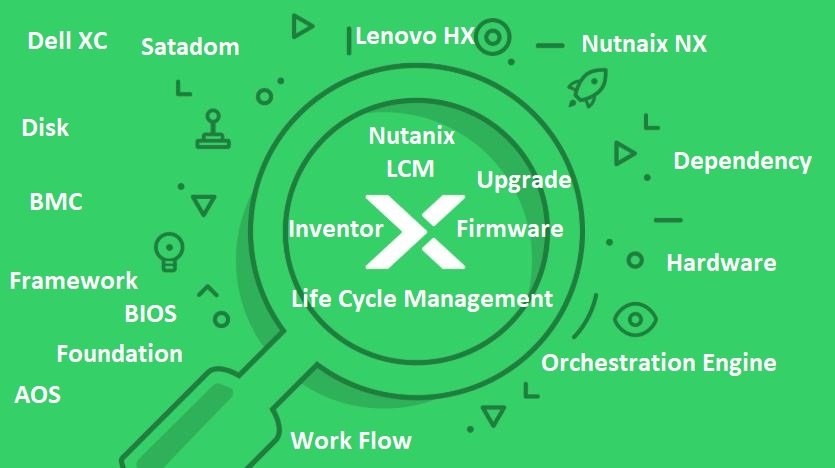 LCM is a unique offering in that it’s the only tool that can upgrade firmware on multiple server platforms.

Nutanix Life Cycle Management ( LCM ) feature 100% support hardware firmware upgrades that is the most avoided upgrades in every organization’s datacenter. The firmware upgrade process typically involves time-consuming manual research to check whether an upgrade is available, needed, and beneficial before moving forward.

Nutanix LCM simplifies this problem for Nutanix platform to provides LCM with a single process in Prism that identifies and qualifies upgrade paths, then uses a non-disruptive one-click process to complete the upgrade.

Nutanix Life Cycle Management ( LCM ) initially builds the inventories by downloading all the upgrade modules from the Nutanix portal or dark site bundle and storing them in the catalog and the Insights Data Fabric (IDF).

Nutanix Prism web meets the software upgrade and dependency expectation to provides a convenient view of available upgrades for the nodes and cluster.

The orchestration engine behind LCM upgrades takes the inputs from the inventory, available versions, and dependencies, and runs the non-disruptive upgrades.

Nutanix offers a comprehensive set of upgrade solutions across the stack to manage software and firmware life cycles and ensure that environments provide the highest availability and best performance and are free from known security vulnerabilities.

Thanks to being with HyperHCI Tech Blog to gain more information power on HCI technology just click on follow button.!