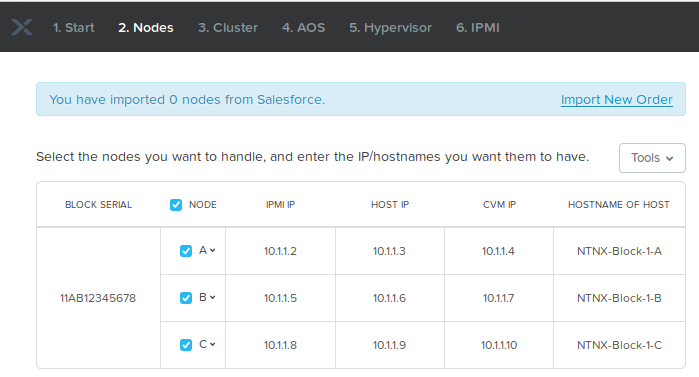 Since long time Nutanix engineers have been using foundation vm to re-image the Nutanix node(s) and requires basic configuration matrix from client before to power on foundation vm then kick-off Nutanix foundation process but it takes enough time to configure it.

Just imagine if have magic online tool which gives feature to pre-configure the Nutanix foundation deployment json file online from anywhere in world and just import in Nutanix Foundation VM.

To use Nutanix Pre-configuration online tool has followings prerequisites:

Nutanix foundation needs json file to re-image the Nutanix node, that json file can be pre-generate from Nutanix pre-configuration online tool to minimize the re-image time with minimal efforts.

To generate Nutanix foundation Json file, you have follow following steps as mention below:

Following web page will open, follow steps from 1 to 6 and fill up required fields. After completing all 6 steps, click on Download Configuration to download now or Save & Exit for later use. As per following screenshot

Step 2 : Copy downloaded foundation deployment json file from your desktop or lapop and paste it in running foundation VM

All fields will be automatically filled up as per foundation configuration file.
Now just do next..next…to..step 6, and verify filled up information once.
Shortly re-imaging of node(s) will start.

Thanks to being with HyperHCI Tech Blog to stay tuned and never stop learning.!